A License to Look for a Better Life 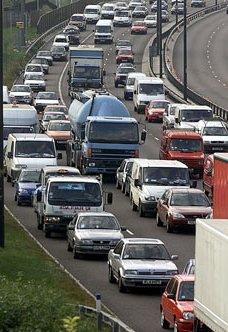 Joseph Reyes went to court to pay a traffic ticket and get his driver's license cleared.

He quickly found out it wasn't going to be that easy.

"I didn't even know about the lawsuit until 2005," Reyes says. "And now they were saying my license would stay revoked until I paid it off."

Reyes' situation is far from unique: Many people face legal problems that result in the revocation or suspension of their driver's licenses. As a result they can't drive to work, or drive to look for work, and they face added barriers to creating and maintaining a stable home.

Navigating the legal channels to resolve problems like Reyes' is not easy. Most people who represent themselves in such cases lose. Even with competent representation, the process can be long and complicated.

In 2010 Reyes contacted Legal Action's Road to Opportunity Project. Legal Action lawyer Rasha Alzahabi researched the facts of the case and determined that Reyes had, in fact, never been served with adequate notice of the original lawsuit. The plaintiff had published a notice of the suit in a local paper, but Reyes had never been personally served with notice. Reyes had lost the case by default, and saddled with the judgment, when he didn't show up to defend himself.

Alzahabi spent weeks clarifying Reyes' legal records, dealing with his related issues (including traffic tickets), and finally filing the appropriate paperwork to ask a judge to reconsider the lien against Reyes' license. The judge agreed that the plaintiff who brought the 1997 lawsuit had not exercised "reasonable diligence" serving Reyes with notice of the court action, and ordered the lien dismissed.

A little over two months after he initially contacted Legal Action, Reyes called Alzahabi to tell her he had his restored driver's license in his hand.

Like many people struggling to make ends meet in the current economy, Reyes is unemployed. "But I have my license and I have a dependable car," he says. "That really helps you look for work."

Legal Action "helped me out when I needed help," he says. "They did a fantastic job.... I know there are a lot of people who might be in the same boat I was. I hope they get the kind of help I did."